Warship Girls Wiki
Register
Don't have an account?
Sign In
Advertisement
in: Birthday:30 June, Rarity Rank 4, Warships of Other Countries,
and 2 more

Launched in 1934, Admiral Graf Spee was one of three Deutschland-class heavy cruisers that served the Kriegsmarine during the Second World War. Due to their armament of six 23cm guns, the Deutschland class were often nicknamed `pocket battleships' by the British.

Both sides broke off the action after receiving heavy damage. Admiral Graf Spee retreated into the River Plate estuary to put into Montevideo. Damage from the engagement had destroyed the oil purification plant that prepared fuel for her engines in addition to the desalination plant. Knowing that the ship was docked, the British convinced commander Langsdorff that a superior force was on the way to destroy the ship, making him decide to scuttle the ship to prevent the loss of his crew. Admiral Graf Spee was scuttled on the 17th December 1939. 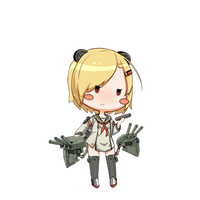 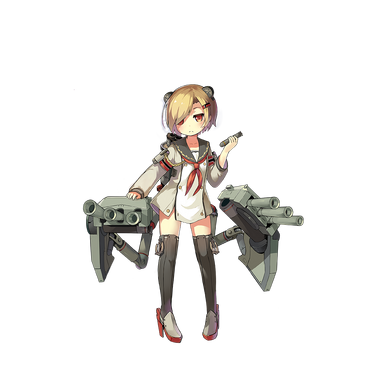