Bismarck was the nameship of the two Bismarck-class battleships in 1930s, whose design won a high compliment from the UK prime minister. Months after she was commissioned into the Germany fleet, the ship, along with the heavy cruiser Prinz Eugen, was to break into the Atlantic Ocean and raid Allied shipping in 1941. During the Battle of the Denmark Strait, Bismarck engaged and destroyed battlecruiser HMS Hood, and forced battleship HMS Prince of Wales to retreat. The destruction of Hood spurred a relentless pursuit by the Royal Navy involving dozens of warships. Bismarck was attacked by Swordfish torpedo bombers from the aircraft carrier Ark Royal twice; one of the three hits scored hit the aft and jammed the battleship's port rudder in a 12° turn to port.

The Bismarck, then unable to effectively direct fire, was rendered combat ineffective by bombardment from King George V and Rodney. Wreck surveying revealed that neither British battleship's main battery had entered the Bismarck's citadel, but this had not saved her from getting completely disabled before she could do anything more than splash Rodney. This gunfire bombardment, and Rodney becoming the only battleship in history to score a torpedo hit on another battleship, had done everything but make the ship a submarine. The crew of the Bismark attempted to scuttle her, but a failure in communicating the order resulted in scuttling charges exploding early, dramatically increasing her death toll. The British cruiser HMS Dorsetschire was able to score 2 torpedo hits before Bismark rolled to port, and dissapeared, at 10:40 am, 27th of May, 1941. 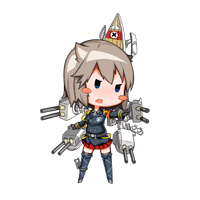 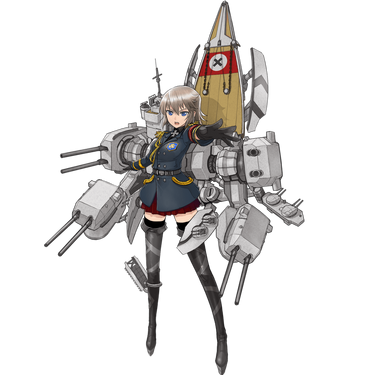 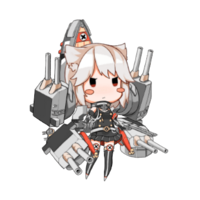 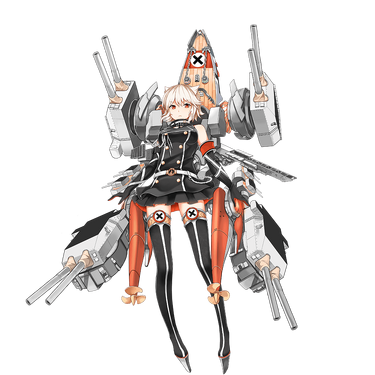 Retrieved from "https://warship-girls.fandom.com/wiki/Bismarck?oldid=24677"
Community content is available under CC-BY-SA unless otherwise noted.