Camicia Nera was the lead ship of I-country Soldati-class destroyer. The most modern of the I-country destroyers belonged to this class. It was reinforced firepower, and AA armament during the war. Camicia Nera saw very extensive service during World War II, carrying out overal 302 war missions; she participated in the battles of Calabria (July 1940), Cape Passero (October 1940), Mid-June (Operation Vigorous, June 1942), Mid-August (Operation Pedestal, August 1942) and Skerki Bank (December 1942) and she escorted dozens of supply convoys between Italy and North Africa. She was with Aviere when she was sunk. Camicia Nera was renamed Artigliere after the fall of Fascism in July 1943, and survived to the end of the war. It was compensated to S-country after I-country surrendered in 1943, and served in S-country until 1960s. 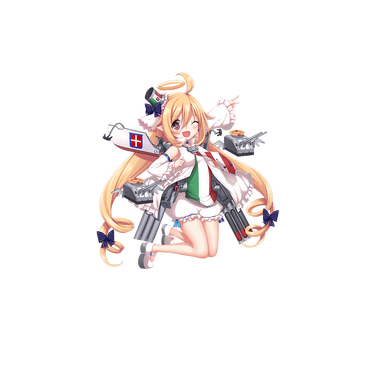 Retrieved from "https://warship-girls.fandom.com/wiki/Camicia_Nera?oldid=24807"
Community content is available under CC-BY-SA unless otherwise noted.