Deutschland is a battlecruiser based on the German cruiser Deutschland.

Launched in 1931, Deutschland was the lead ship of the Deutschland-class heavy cruisers that served the Kriegsmarine during the Second World War. Due to their armament of six 23cm guns, the Deutschland class were often nicknamed `pocket battleships'. Deutschland was renamed to Lützow in 1940 after the Admiral Hipper-class cruiser of the same name was handed to the Soviet Union.

Deutschland first saw action in 1936 during the Spanish Civil War when she was conducting non-intervention patrols off the coast of Spain. Deutschland was involved with evacuating refugees and protecting German supply ships that would provide the Nationalists with supplies. In 1937 when docked in the port of Palma, Republican aircraft bomed the port and other vessels from the Royal Navy and Regia Marina. Deutschland was escorted to a different port in Ibiza, where she was bombed again by Republicans and secret Soviet pilots. Deutschland was hit by two bombs, killing 31 sailors, and caused Hitler to order Admiral Scheer to shell the port of Almeria.

Deutschland's first role in WWII was to sink allied merchant ships when Germany began its invasion of Poland in 1939. Deutschland sunk or stopped several ships during her patrol, seizing any contraband found and taking the crew prisoner, Deutschland anchored in Gotenhafen and was given an overhaul, being renamed to Lützow in the process. Lützow participated in Operation Weserübung, the 1940 German assault of Denmark and Norway, and helped transport soldiers for the assault on Norway. After a battle in the Oslofjord and a decisive Norwegian victory, Lützow headed for Germany to repair the severe damage dealt. However, she was torpedoed by the submarine HMS Spearfish and had her stern destroyed.

Lützow was first sunk in 1945 after sustaing multiple bombing runs from Avro Lancaster bombers. One bomb hit Lützow and opened up 30m of her side. Lützow's B turret was beyond repair, so the ship was used for bombarding Soviet land forces before being scuttled on the 3rd May 1945. 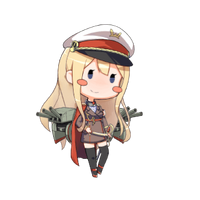 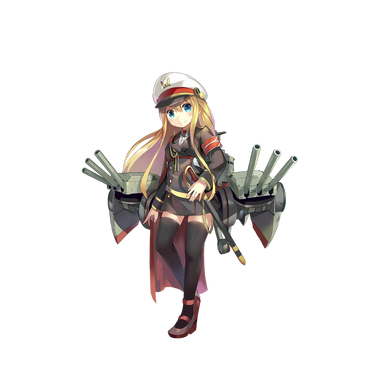 Retrieved from "https://warship-girls.fandom.com/wiki/Deutschland?oldid=19127"
Community content is available under CC-BY-SA unless otherwise noted.