Pachina was the final boss of summer event in 2015. She was designed as a fortress and famous for her incredibly high 666 hp, indeed the highest hp of a single unit in the game so far. Fortunately, during the Ex-4 battle in summer event, the overall hp bar was deducted when Sub-A and Sub-B, the two minions of Pachina, got hits. Unfortunately, players had to destroy Pachina at least once to clear the map after the hp bar down to 0.

Defeat of Pachina was arduous, since the ports and airports along with Pachina provided great support to her and made the fortress even tougher. 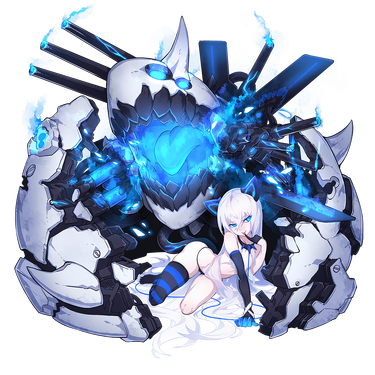 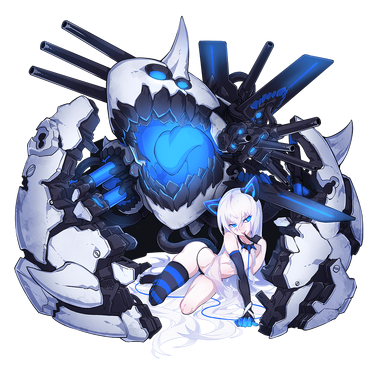 As the first fortress ever appeared in this game, Pachina was strong in both attack and defense. Her lethal firepower could smash any vessel easily, while her formidable hp allowed her to survive for a long time.

However, as nothing was perfect, the monster-like Pachina had her weakness. Pachina’s armor stat was 0, which meant almost any vessel could deal damage to her. As a fortress, Pachina had low enough evasion stat (10), which meant every strike on her was almost a sure hit. Theoretically, vessels with high enough firepower could make the battle much easier.

Nevertheless, there was still two obstacles before players could get their victory -- enemies' high air defense and ground targets. Normally, aircraft carriers were considered efficient in fighting against battleships. They did not work well in this battle, however. Pachina had anti-air stat of 100, which was pretty high among Abyss units, not to mention the airports that had anti-air stat of 150 and possessed 400 fighters. The combined air defense strength made bombing Pachina an impossible mission. In addition, as ground targets, all enemy units were immune to torpedo attacks, so torpedo attacks were not launched in this battle. Based on these facts above, it turned out that battleships and battlecruisers were ideal choices fighting against Pachina. The only problem remained how to survive in the battle.

All enemy units, including airports and ports, fired twice in daytime, just like regular battleships. Players' squadron took up to 12 shots from the enemy during daytime in a battle. Every single shot was powerful enough to deal moderate or severe damage to any vessels, even well protected battleships. On the other hand, most players found that their vessels may also deal considerable damage to the enemies. It all depends on whether the players was lucky enough to defeat Pachina before all vessels were critically damaged.

The enemies also had substantial recon stat. To suceed in reconnaissance, aircraft carriers were still recommended, or placing remodeled Helena into the squadron instead. The difference was the second choice may need a higher average level of vessels, but 5% extra evasion and accuracy could be helpful. The game mechanism determined that the battle was still affected by sailing direction, which might be unreasonable, as the ground targets were pinned on the map -- immobile. T-cross advantage was definitely good news to players. For T-cross disadvantage, however, it was almost impossible to make it through during daytime combat for most of the players. The only controversial directions were parallel and head-on. Some players thought parallel may deal greater damage to the enemies, which was true, while the others concerned that parallel also increased the risk of their vessel getting damaged. Head-on worked in the opposite way. Generally, it turns out that cross the T advantage > head-on > parallel > cross the T disadvantage.

Retrieved from "https://warship-girls.fandom.com/wiki/Enemy:Pachina?oldid=17215"
Community content is available under CC-BY-SA unless otherwise noted.