Furutaka is a heavy cruiser based on Japanese cruiser Furutaka (Japanese: 古鷹).

Furutaka was a member of Furutaka-class heavy cruisers of J-country. Originally designed as scout cruisers for Eight-eight fleet complex, Furutaka-class warships were reclassified as heavy cruisers after the signage of Maritime Commission contract. In 1937, the two vessels of Furutaka-class underwent significant modernization. They were equipped with 8 inch guns, other improved weapons, and upgraded facilities were installed, with an appearance in close proximity with vessels of Aoba-class. Furutaka was very active in early period of the war and participated in a series of battles, from the Battle of Wake Island to the Battle of Midway Island. Furutaka was assigned to the Eighth Fleet under Vice Admiral Mikawa in 1942, and they critically damaged U-country Navy in the Battle of Savo Island. However, she was sunk by U-Navy in a battle in October 1942. 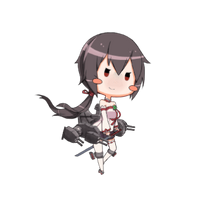 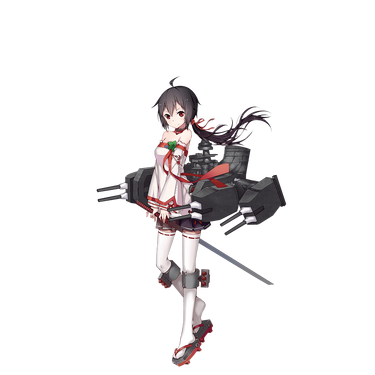 Retrieved from "https://warship-girls.fandom.com/wiki/Furutaka?oldid=16578"
Community content is available under CC-BY-SA unless otherwise noted.