Hiei is an battleship based on Japanese battleship Hiei (Japanese: 比叡).

Hiei is the second ship of Kongo class built by Yokosuka Naval Arsenal. All 4 Kongo class all improved armour in their modernization at the end of 1920s. Because of London Navel Treaty, Hiei removed belt armour and one gun in 1930, and was changed to training ship and then Emperor Hirohito's imperial yacht. She was changed back to battleship at the end of 1930s after the expiry of London Naval Treaty. To test out the gunfire control system of Yamato, Hiei adopted a new structure. Hiei participated in the Pearl Harbour attack in 1941. All 4 of Kongo class participated in the Battle of Guadalcanal in 1942. On early morning of November 13, Hiei was heavily damaged by US gunfire, then by air attack soon after sunrise. She was scuttled that afternoon. 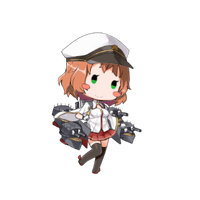 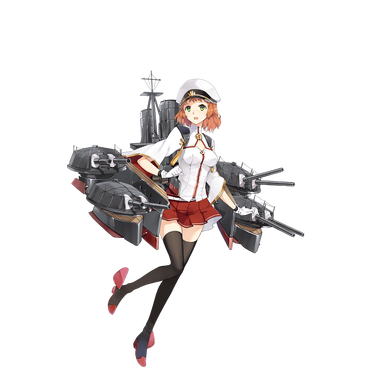 Retrieved from "https://warship-girls.fandom.com/wiki/Hiei?oldid=22827"
Community content is available under CC-BY-SA unless otherwise noted.