Indianapolis was one of two Portland-class cruisers built by the United States Navy before the Second World War. Named after the city of Indianapolis in the state of Indiana, she was armed with nine 8 inch guns across three triple turrets, eight 5 inch AA guns and two 3-pounder guns. Indianapolis also held four floatplanes that could be launched on two catapults. Indianapolis provided support for American ships throughout her career, escorting Lexington in the New Guinea campaign and providing fire support during the Aleutian Islands campaign. On the 16th July 1945, Indianapolis departed San Francisco with orders to transport uranium and bomb parts to Tinian island for the atomic bomb Little Boy. After delivering the parts to Tinian on the 26th July, Indianapolis sailed to Guam and then to Leyte for crew training. On the 30th July Indianapolis was struck by two torpedoes from the IJN submarine I-58, causing the ship to completely roll over and plunge into the ocean. Out of 1196 crewmen, about 900 Men survived the sinking being stranded in the water. Failure to realize that the Indianapolis has sunk and delayed rescue due to this failure subjected the men to various degrees of dangers by external elements such as hypothermia, dehydration, desquamation and more notably, shark attacks. Rescue finally arrived 5 days later resulting in only 317 survivors out of the 900 Men that survived the sinking, causing it to be the greatest single loss of life at sea for the US Navy. 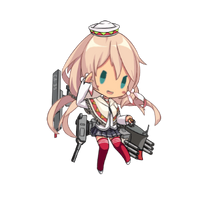 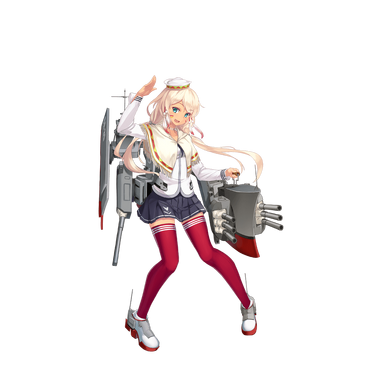 Retrieved from "https://warship-girls.fandom.com/wiki/Indianapolis?oldid=21926"
Community content is available under CC-BY-SA unless otherwise noted.