Kaga was originally intended to be the lead ship of Tosa-class battleships, and supposed to be scrapped after J-Country signing the Treaty. However Kaga was then converted into an aircraft carrier as the replacement for the battlecruiser Amagi, which had been scrapped due to an earthquake. Kaga was designed in a similar way to Akagi, but with a speed of only 27 knots. Kaga undertook reconstruction in 1935, and replaced her unfit three flight decks with a single enlarged flight deck. In 1941 she participated in the Attack on Pearl Harbour with Akagi. In 1942 in the Battle of Midway, Akagi was hit by dive bombers from Enterprise, and sunk in the evening the same day. 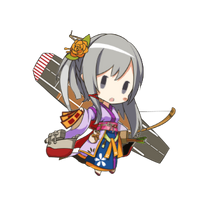 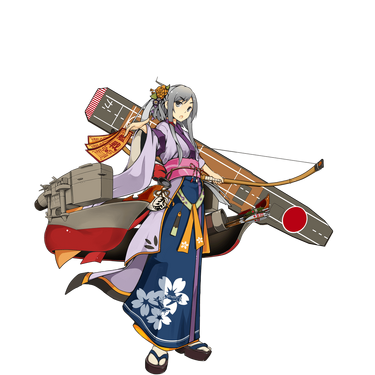 Retrieved from "https://warship-girls.fandom.com/wiki/Kaga?oldid=23066"
Community content is available under CC-BY-SA unless otherwise noted.