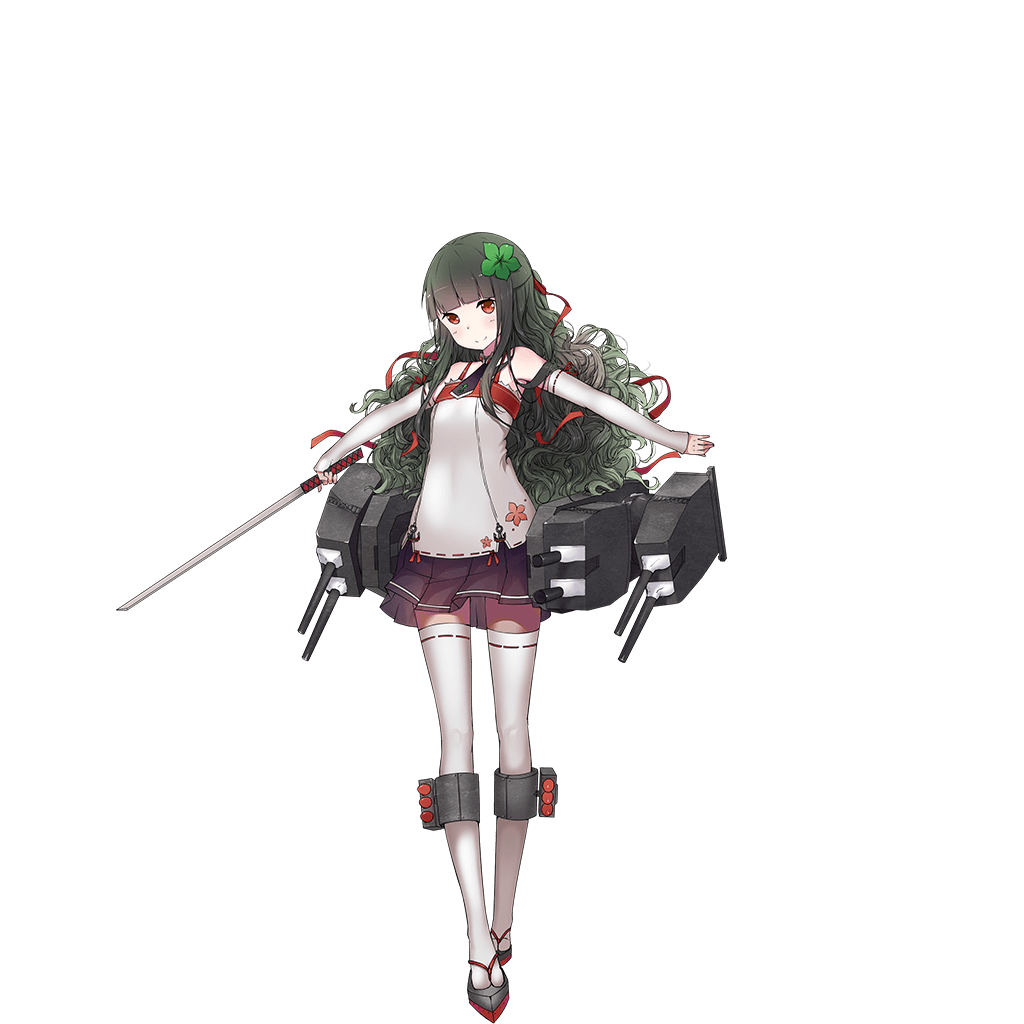 Kako is a heavy cruiser based on Japanese cruiser Kako (Japanese: 加古).

Kako was the second member of Furutaka-class heavy cruisers, and she was completed in 1926. Like her sister Furutaka, she underwent an extensive reconstruction in 1937 for improved performance. Furutaka and Kako were assigned to the same fleet when the war broke out; in 1942, they were together assigned to the Eighth Fleet under Vice Admiral Mikawa. In the Battle of Savo Island, J-country Navy, skilled in night action, critically damaged U-country Navy. However, Kako was sunk by U-country submarine on the way returning to Kavieng.

Retrieved from "https://warship-girls.fandom.com/wiki/Kako?oldid=16771"
Community content is available under CC-BY-SA unless otherwise noted.