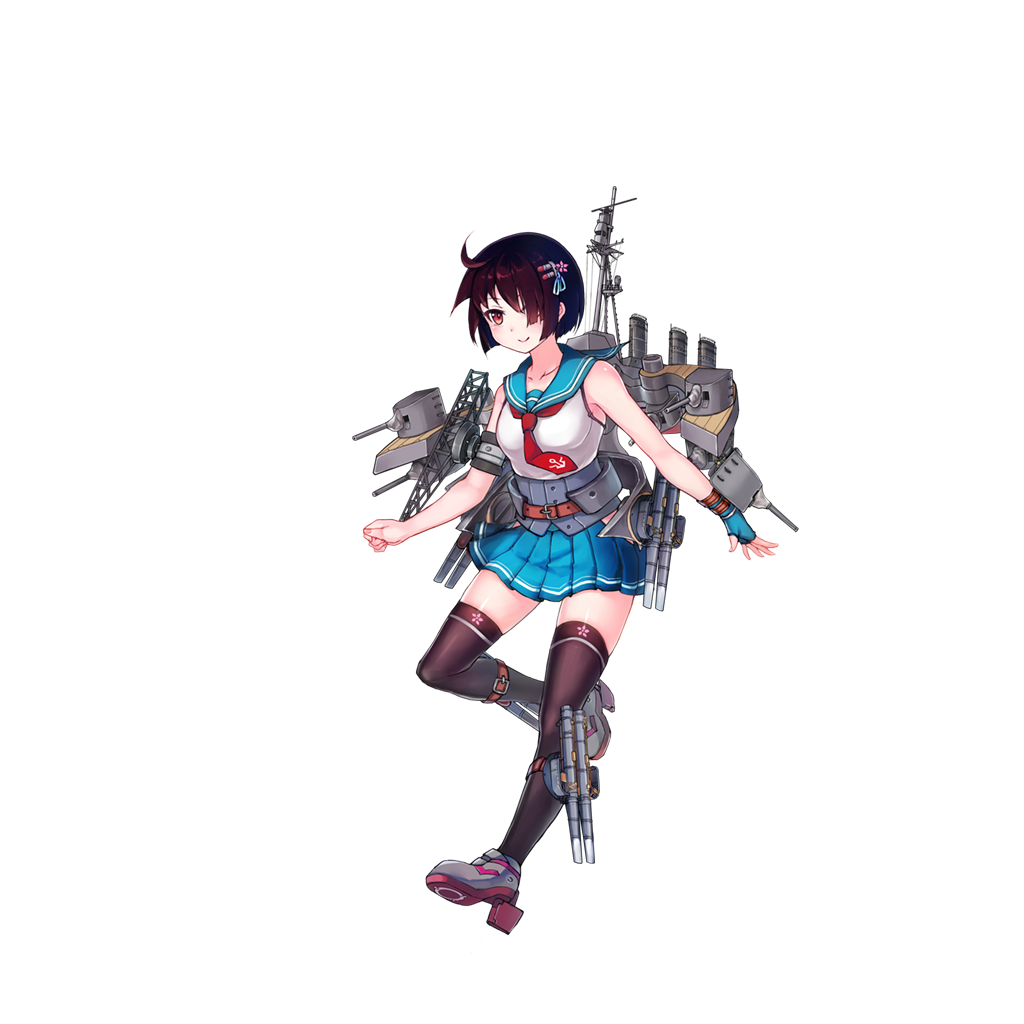 Kitakami is a light cruiser based on Japanese cruiser Kitakami (Japanese: 北上).

Kitakami was the third of Kuma-class light cruisers. She was modified into a torpedo carrier in 1941. 4×10 torpedo tubes has been armed which could reach 20 torpedoes launch in a single side salvo. However, it could not come in handy from beginning to end due to the naval battle environment. Kitakami dismantled 4×8 torpedo tubes to modify to high speed transport ships in 1942. Later, Kitakami has been modified to mother ship of artificial controlled torpedoes “Kaiten”. Kitakami was the only Kuma-class cruiser which has survived to the end of the war, and it has been demolished in 1946.

Retrieved from "https://warship-girls.fandom.com/wiki/Kitakami?oldid=16588"
Community content is available under CC-BY-SA unless otherwise noted.