Warship Girls Wiki
Register
Don't have an account?
Sign In
Advertisement
in: Birthday:18 May, Rarity Rank 3, Warships of Other Countries,
and 2 more

Kongō is an battleship based on Japanese battleship Kongō (Japanese: 金剛).

Built by Vickers in the United Kingdom, Kongo is to be the lead ship of her class and the last capital ship to be procured by the Imperial Japanese navy outside of japan. She was initially designed and was built as a battlecruiser in the years before the outbreak of the First world war. Regarded as one of the most heavily armed capital ships of her time, she was indeed a force to be reckoned with. The Fruit of British Naval Design and engineering. However, due to the ennactment of the Washington Naval Treaty in 1922, the growth of the Imperial Japanese Navy became severly prohibited and the navy was left with only three classes of World War I Era Capital ships; the Ise-Class Battleship, the Fuso-class Battleships and the Kongo-Class Battlecruisers. In an attempt to keep Japan's aging capital ships relevant, Kongo was placed under several minor to moderate modifications (Including replacement of Boilers and the addition of Torpedo Bulges) through out the years of 1929 till 1935. However, it was with Japan's withdrawal from the league of nations and subsequently both Washington and London Naval treaty, the japanese could start extensive rework on their World War I Battlecruisers. Her old World War I Boilers were all replaced with the newer Oil-Fired Kampon Boilers allowing higher speeds whilst her superstructure got replaced completely with the Japanese Pagoda styled masts. Her armor belt and citadel got strenghtened thus increasing her total tonnage. Other minor details were also adjusted to improve her which also finally included a Seaplane Catapult. With her speed now reaching over 30 Knots and her increase in weight, she was reclassified as a Fast Battleship.

By 1941, she become one of key vessel within Imperial Japanese Navy whilst also being one of the most active Battleships within the Imperial Japanese Navy service. She operated off the coast of mainland china before being reassigned to the Third Battleship division in 1941. She also took part in many naval action within the Pacific theatre sinking a lot of allied ships from the battle of Singapore to the covering of the japanese landings on the Dutch East Indies, The Battle of Midway to the Guadacanal Campaign and from Battle of the Philippine Sea to the battle of Leyte Gulf. She was finally sunk the USN Submarine, USS Sealion, whilst transiting the Formosa Strait on the 21st of the November 1944. The only Japanese Battleship AND the last battleship to be sunk by a submarine in history. 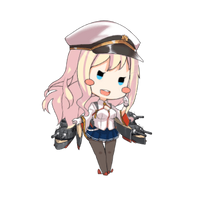 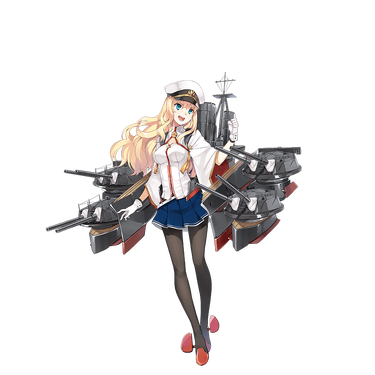