Missouri is a Iowa class battleship based on USS_Missouri_(BB-63)

USS Missouri, or also affectionately known as "The Mighty Mo" or "Big Mo", is the third of the Iowa-Class Fast Battleships that were designed to escort Fast Carrier Task Forces. She was ordered in 1940, Laid down in 1941 and finally commisioned in the June of 1944. Despite being commisioned late into the war, Missouri did see combat in the Pacific albeit only in the grounds of Fire Mission/Support and Japanese Air Strikes on US Task Forces (Note: This is combat in which she could directly contribute to the battle), even surviving a non-effective Kamikaze strike. After the Surrender of Japan, Missouri docked in Tokyo Bay to accept Japanese delegates to officialize their surrender in the war, effectively ending World War II for the Americans.

After the war, Missouri escaped getting Mothballed like most large capital ships and was still active in the Navy's frontline service. She toured around the world ensuring the safety of NATO allies while also projecting the Power of the United States Navy to the then still growing Red Navy of the Soviet Union. Since 1945, She has never fired her guns in Anger until 1950 and the outbreak of the Korean War. There she again served mainly as Fire Support for American and United Nation troops from the Naval Landings of Incheon to the Retreat of the United Nation from North Korea, Bombarding various North Korean occupied towns and positions. She was Finally decommisioned in the 26th of February 1955. However this peace was not meant to be 30 years later.

By 1980, the soviets have commisioned the new Kirov Class Battlecruiser surprising NATO Command as a ship of this size and firepower has not been built since World War II. This played favourably for Reagan's attempt to modernize and revive the US Navy with his 600-Ship plan. Thus, USS Missouri was awaken from her slumber and recommisioned in the May of 1986 after massive modernization and Refitts. Now Boasting a even larger and more modern Firepower, she was immediately set out to complete world tours with another minor Modernization in 1987 (Just Spicing things up with 40mm Grenade Launchers and the M242 25mm Bushmaster Chain gun mounts).

After the Collapse of the Soviet Union, She again after 35 year fired her guns in Anger. This time in support of Operation Desert Storm in the Gulf War. Her Guns bombarded Iraqi Coastal emplacements whilst Tomahawk cruise missiles provided Fire Mission Support to allied troops.

Now with the Complete collapse of the Soviet Union, She was finally decommisioned once and for all in the 31st of March 1992 and struck in the 12th of January 1995 from the Naval Registry. On the 4th of May 1998, Secretary of the Navy, John H. Dalton signed the donation contract which gave Missouri to the Non-Profit USS Missouri Memorial Association where she was refitted once again before finally being opened to public as a Museum Ship in January 1999 under operation of the MMA.

Names after the American state of Missouri 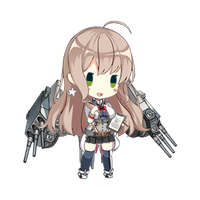 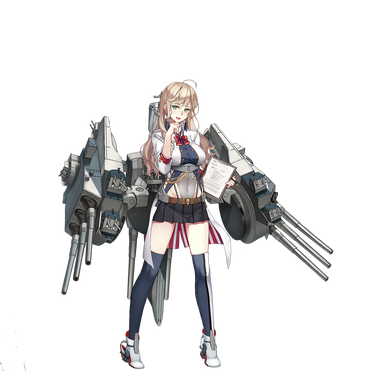