Mogami is a heavy cruiser based on Japanese cruiser Mogami (Japanese: 最上).

Mogami was the lead ship of the four Mogami-class cruisers built for the IJN in the 1930s. The Mogami class were built as light cruisers under the Washington Naval Treaty, but were incredibly large by design so that they could easily be converted to heavy cruisers (and they were in 1937).

Mogami's first roles in the Second World War involved providing support for Japanese troops during the Japanese invasion of Malaya, and covering landings of troops at Kuching during the invasion of Sarawak in 1941.

In 1942 Mogami participated in the Battle of Sunda Strait, resulting in the sinking of USS Houston and HMAS Perth, and various raids across the Indian Ocean, resulting in the loss of various British passenger and merchant ships.

Mogami was a part of the Battle of Midway in 1942, being tasked to shell Midway Island to prepare for a Japanese landing. On their way to the island, the order was cancelled but Mogami and Cruiser Division 7 were in range of the submarine USS Tambor. Kumano spotted the submarine and called for a 45° turn to avoid any torpedoes. Mikuma, however, made a 90° turn and collided with Mogami, resulting in heavy damage to Mogami. Whilst retreating, Mogami and Mikuma were bombed by 8 USAF B-17 bombers, but managed no hits. The following day, Mikuma and Mogami were attacked by three waves of 31 US bombers. Mikuma was hit five times and had her torpedoes detonated, resulting in the loss of the ship. Mogami was hit six times but survived due to her torpedoes being jettisoned.

On October 25 1944, a Japanese force was attacked by American destroyers and PT boats in the Battle of the Surigao Strait. Fuso, Yamashiro and Yamagumo were all sunk from torpedoes but Mogami was not hit. Mogami entered the Surigao Strait and was hit by four 200mm shells, forcing her to attempt to retreat only to collide with the heavy cruiser Nachi. The collision disabled Mogami, leaving her open to shelling from US ships and 17 TBF torpedo-bombers. The crew abandoned the ship, leaving it to be scuttled by Akebono two hours later. 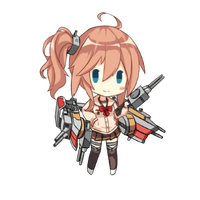 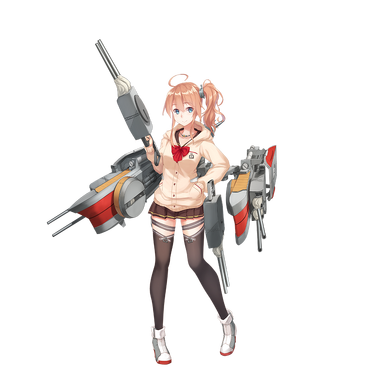 Retrieved from "https://warship-girls.fandom.com/wiki/Mogami?oldid=17864"
Community content is available under CC-BY-SA unless otherwise noted.