Mutsu was one of two Nagato-class battleships built for the Japanese Navy after the end of the first World War. Prior to World War II, Mutsu's first duties involved transporting supplies for victims of the 1923 Great Kantō earthquake along with her sister Nagato.

Mutsu's first duties in WWII were during the Battle of Midway where she, along with Yamato, Nagato and 15 other ships, planned to draw American ships within range of Japanese aircraft, and engage the ships in night battle. However, the plan failed due the American ships withdrawing and Mutsu saw no action.

Mutsu's only action was during the Battle of the Eastern Solomons in August 1942, where she fired four shells at enemy recon aircraft. When she was moored in 1943, Mutsu's turret magazine exploded and split the ship in half, causing it to sink almost immediately.

Named after the Mutsu province, Japan. 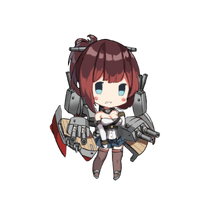 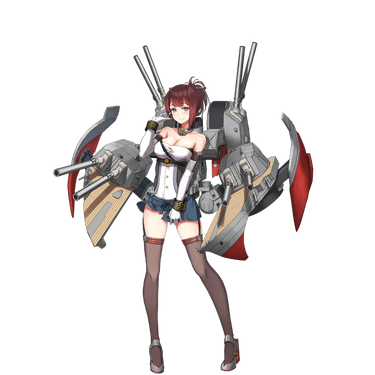 Retrieved from "https://warship-girls.fandom.com/wiki/Mutsu?oldid=19327"
Community content is available under CC-BY-SA unless otherwise noted.