Saumarez is a destroyer based on HMS Saumarez(G12).

Saumarez belongs to the emergency S-class destroyer in E-country navy force. This is a prominent destroyer, in Battle of the North Cape, Saumarez's torpedo hit Scharnhorst. In the naval battle on May 5 in 1945, her radar locked Haguro and went through dangers for torpedoing. Her action created opportunities for the rest of the destroyer, and eventually sank Haguro. 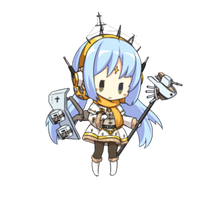 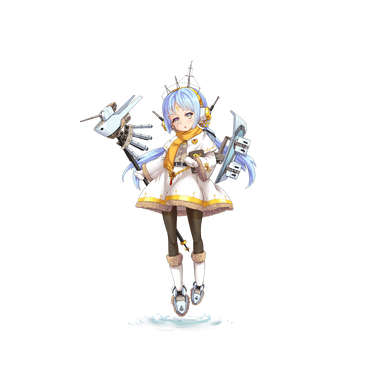 She is an excellent student of a religious school, and she likes to missionizing her friend destroyers. In battles, she performs bravely with a faith to the god. Also, she is lucky enough.The equipment of her is fit to fulfill the task in the North Pole. The antenna on her head allow her to hear the oracle.

Retrieved from "https://warship-girls.fandom.com/wiki/Saumarez?oldid=21779"
Community content is available under CC-BY-SA unless otherwise noted.