Scharnhorst was the lead ship of her class, and a battleship built for the Kriegsmarine in the mid/late 1930s. Scharnhorst was armed with nine 28 cm guns in triple turrets with plans to replace them with six 38 cm guns in twin turrets. These plans, however, were never carried out.

Scharnhorst's first operation was to patrol between Iceland and the Faroe Islands with her sister Gneisenau, the light cruiser Köln and nine destroyers. Whilst on patrol, the fleet came across the armed merchant cruiser Rawalpindi and had Scharnhorst sink the ship. HMS Newcastle spotted the fleet, forcing the German ships to flee north from allied pursuers. Heavy seas caused significant damage to Scharnhorst and Gneisenau, so the ships docked and underwent repairs.

Scharnhorst was assigned to the invasion of Denmark and Norway alongside Gneisenau and Admiral Hipper. The ships encountered HMS Renown on the 9th April, Gneisenau being hit twice before the Germans returned fire. Due a malfunctioning radar on Scharnhorst, the Germans had to escape from Renown using their superior speed but suffered water damage as a result.

On the 4th April Scharnhorst and Gneisenau encountered the carrier HMS Glorious and her escorts - HMS Ardent and Acasta. The German ships eliminated the British force but Acasta managed to land a torpedo on Scharnhorst and deal severe damage, forcing her to dock in Trondheim for repairs. Whilst under repair, the RAF and Royal Navy attempted an attack on Scharnhorst with bombers, Ark Royal and Rodney. The attack, however, was unsuccessful and Scharnhorst travelled to Stavanger and then Kiel for repairs.

On the 25th December 1943, Scharnhorst was ordered to intercept and attack an allied convoy headed towards the Soviet Union. The British, however, were intercepting the German orders and placed various ships in strategic positions, including HMS Duke of York, Town/County/Crown Colony-class cruisers and a number of destroyers. The cruisers and destroyers opened fire on Scharnhorst and defeated her attempts to escape thanks to advanced radars. Duke of York then came into radar contact with Scharnhorst and exchanged fire with the ship. Scharnhorst received multiple hits that disabled her main and secondary batteries and caused heavy casualties. As her secondary armament was crippled, the British ordered for destroyers and cruisers to close in and finish the ship with torpedoes. Scharnhorst was hit by four torpedoes from two destroyers before being hit by several more from HMS Belfast and Jamaica. Scharnhorst sank at 19:45 on the 26th December 1943. 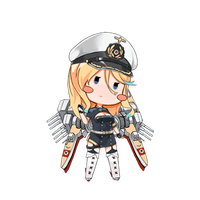 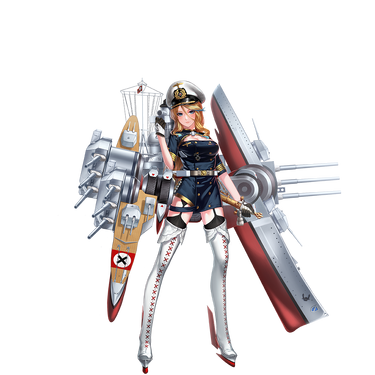 Retrieved from "https://warship-girls.fandom.com/wiki/Scharnhorst?oldid=24692"
Community content is available under CC-BY-SA unless otherwise noted.