The Shimakaze was a one-off super-destroyer designed by Japan, equipped with 3 sets of quintuple 24" Long Lance torpedo Launchers. Also equipped and serving as a test bed for a new enormously-powerful, high temperature, high pressure Kampon steam turbine engine, she was designed to be capable in reaching speed up to 39 Kns but was able to reach up to 40.9 Kns during her sea trails. Compared to Destroyer Type-A who sacrificed quality for quantity, Shimakaze was specifically placed into Type-C. Initially, 16 similar destroyers to the shimakaze were planned to be laid down and built as part of Japan's Long term "5th Naval Armaments Supplement Programme". However, due to the limits of the Japanese Naval Industry and the increasingly souring war-time economy of japan, the program was never pushed forwards and none of Shimakaze's supposed sisters were ever laid down. It was also rumored that the fact that shimakaze was powered by a one-off experimental turbine engine would also mean that the construction (Of Sister ships) of the exact copy of the Shimakaze turning her into a class of ships would be Virtually Impossible.

For such an extraordinary ship, Shimakaze was lost in an exceedingly ordinary mission on the 11th of November 1944. She was sunk in an air strike of hundreds of american carrier planes from the carriers of the Task Force 38 during a troop transport escort mission. All 5 of the transports and their escorts including Shimakaze was sunk that day. 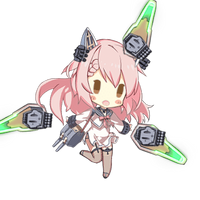 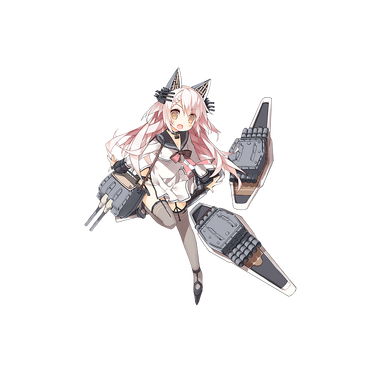 Retrieved from "https://warship-girls.fandom.com/wiki/Shimakaze?oldid=22094"
Community content is available under CC-BY-SA unless otherwise noted.