U505 is a Type IXC submarine based on German Submarine U-505.

U-505 is a German Type IXC U-boat built for Nazi Germany's Kriegsmarine during World War II. She was captured on 4 June 1944 by United States Navy Task Group 22.3 (TG 22.3). Her codebooks, Enigma machine, and other secret materials found on board helped the Allied codebreakers.[5]

All but one of U-505's crew were rescued by the Navy task group. The submarine was towed to Bermuda in secret and her crew was interned at a US prisoner-of-war camp where they were denied access to International Red Cross visits. The Navy classified the capture as top secret and prevented its discovery by the Germans.

In 1954, U-505 was donated to the Museum of Science and Industry in Chicago, Illinois and is now a museum ship.

She is one of six U-boats that were captured by Allied forces during World War II, and the first warship to be captured by US forces on the high seas since the War of 1812. In her uniquely unlucky career with the Kriegsmarine, she also had the distinction of being the "most heavily damaged U-boat to successfully return to port" in World War II (on her fourth patrol) and the only submarine in which a commanding officer took his own life in combat conditions (on her tenth patrol, following six botched patrols).[6] U-505 is one of four German World War II U-boats that survive as museum ships, and one of two Type IXCs still in existence, the other being U-534. 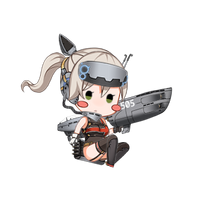 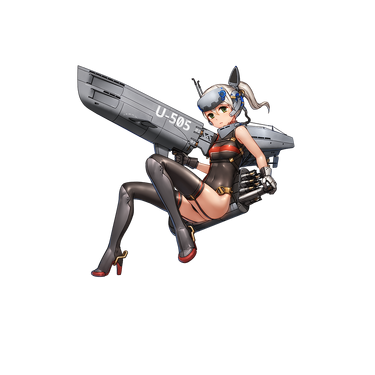 Retrieved from "https://warship-girls.fandom.com/wiki/U505?oldid=23244"
Community content is available under CC-BY-SA unless otherwise noted.