Vittorio Veneto was a member of Littorio-class battleships from I-country. The overall design of Littorio-class ships was remarkable, especially her 381mm guns that were as powerful as 406mm guns. In her protection design, Veneto utilized Pugliese Defense System. During World War II, Vittorio Veneto participated in two unsuccessful attempts at intercepting British convoys (Operations Hats and MB 5) in September 1940, and became the fleet flagship after the battle of Taranto, where she was one of the three Italian battleships left undamaged. In mid-November 1940 she sortied to counter British Operation White (sending of aircraft reinforcements to Malta); there was no contact between the fleets, but the sortie of the Italian ships caused the British operation's failure, as the aircraft were launched too early and fell into the sea after running out of fuel. In March 1941 Vittorio Veneto was stuck and damaged by torpedoes in the Battle of Cape Matapan, and she was repaired in five months. In August and September 1941 she participated in more unsuccessful sorties against British convoys (Operation Halberd), and in December she was torpedoed and damaged by submarine HMS Urge while herself escorting convoys to Libya. Repaired in early 1942, she was part of the force that sailed in June 1942 against British operation Vigorous, another convoy to Malta; this time, the threat posed by the Italian force caused the British convoy to abort its mission and go back to Alexandria. After this operation, Vittorio Veneto's activity came to an end due to fuel shortage. After the surrender of I-country, Veneto was relocated to Malta and was attacked by G-country radio-controlled bombs, but was not damaged. She was interned in the Bitter Lakes (near the Suez Canal) from late 1943 to October 1946; Veneto lived to see the end of World War II, but was scrapped in 1948.

Named after Battle of Vittorio Veneto, the final battle where Italy defeated Austria-Hungary at the end of World War I. 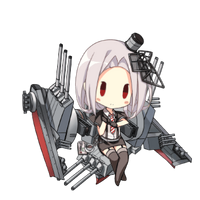 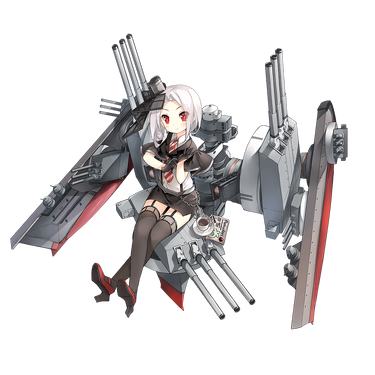 Retrieved from "https://warship-girls.fandom.com/wiki/Vittorio_Veneto?oldid=24805"
Community content is available under CC-BY-SA unless otherwise noted.