Washington is a battleship based on USS Washington (BB-56).

Washington was the second of the new U-country North Carolina-class battleships. Battleships in the North Carolina class were equipped with the new 16in/45 caliber Mark 6 guns arranged in three turrets and possessed higher speed than all other preceeding Standard-type battleships. Commissioned in 1941, Washington served in the Atlantic with the Allies in her early years and headed for the Pacific in mid-1942. During night actions at the Naval Battle of Guadalcanal in November 1942, while South Dakota suffered from a safety procedural error during emergency repairs which caused the entire ship to become powerless, the unflustered Washington engaged with the enemy. Her 16in guns critically damaged J-country battleship Kirishima, which eventually led to the scuttling of Kirishima soon after the battle. Washington could be seen at virtually all major battles in later stages of World War II, and her actions in WWII earned her a total of 13 battle stars. After the war, this famous warship was decommissioned in 1960. 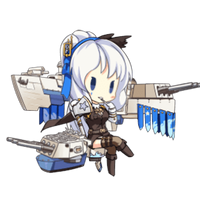 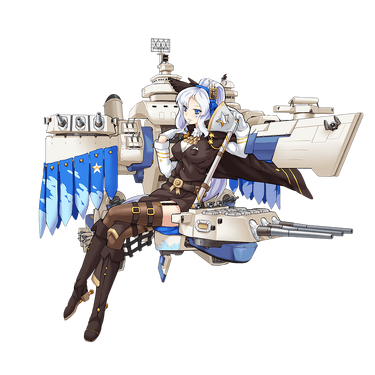