USS Wasp (CV-7) was an experimental downsized fleet aircraft carrier which based on Yorktown-class aircraft carrier design due to the limitation of Washington Naval Treaty. Wasp's hull protection is terribly weak because of her small displacement.

After the outbreak of Second World War, Wasp was send to Mediterranean sea to support E-Country's war effort. She transported Spitfires fighter aircraft to Malta. After the Battle of Midway, Wasp was transferred to the Pacific fleet as reinforcement of carrier forces. However, Wasp was ambushed by J-Country submarine I-19 and sunk immediately.

Named after an old American sloop of war the USS Wasp. 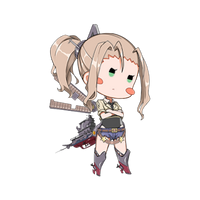 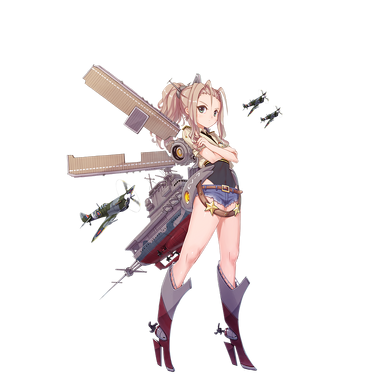 Retrieved from "https://warship-girls.fandom.com/wiki/Wasp?oldid=23440"
Community content is available under CC-BY-SA unless otherwise noted.