William D. Porter's experience in the Pacific was dramatic, to say the least. In 1943 she accidentally launched torpedoes toward the Iowa-Class Battleship she was escorting, which happened to be carrying president Franklin D. Roosevelt onboard. Luckily the battleship dodged the torpedoes and they caused no damage. In the Battle of Okinawa, she was bombarded with an enemy kamikaze attack. The destroyer managed to evade the suicidal plane, and it splashed down nearby her. Somehow, the explosive-laden plane ended up directly beneath Porter, before it exploded. Suddenly, the warship was lifted out of the water and then dropped back again, likely caused by the force of the underwater blast. William D. Porter heeled over to starboard and sank by the stern. Miraculously, her crew suffered no fatal injuries. 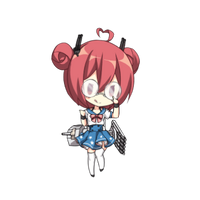 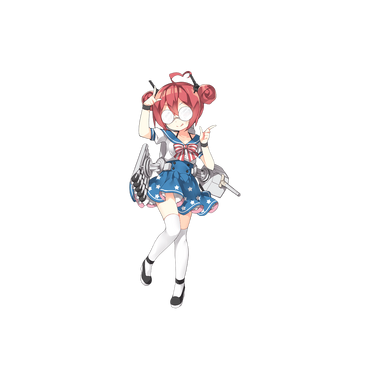 William D. Porter, also known as Willie, or "Willie Dee", called by her crews. (But not "Porter".)

Unlike other ships who had achievements or not, her career was completely ridiculous:[1][2][3]

In her quotes, she says she wants to celebrate by shooting guns. (Please don't do that. Otherwise you will have no place to sleep tonight.)

In damaged illustration, she is shooting torpedo to YOU. (STOP! I am not the President!!)

As an uncommon ship in history, her attributes are also uncommon.

By the way, the buff icon is a broom and a star. In Chinese cultures, comets (literally: "broom star") are believed to bring bad luck to mankind.[4]