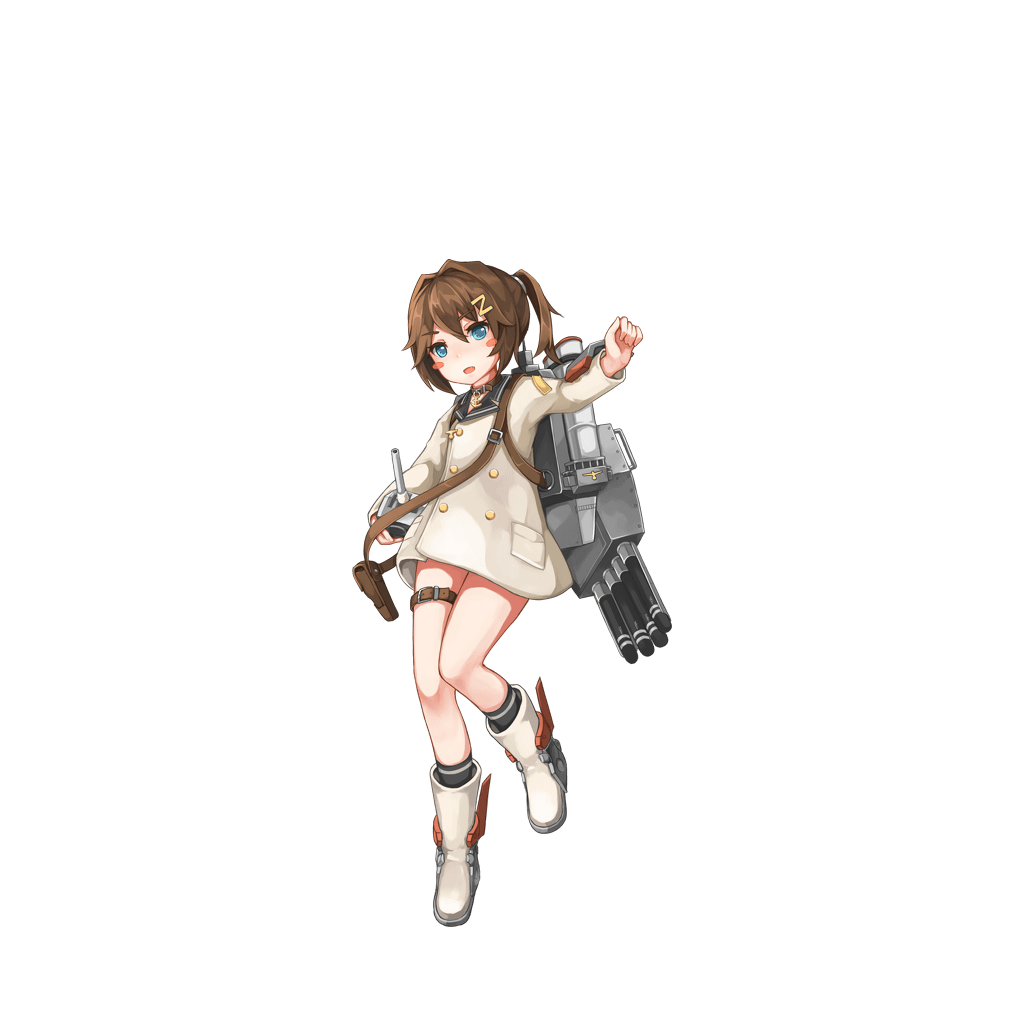 Z1 is a destroyer based on German destroyer Z1 Leberecht Maass.

the first of 1934-class destroyer, G-country started to build large destroyers after breaking the treaty. Her tonnage was a bit larger than destroyers of other countries, and she was equipped with 5 127mm gun in single turrets.However, due to the technical problems of her high temperature boiler, the stability of her power system is not well. Z1(Leberecht Maass)'s career is short. In 1939, she executived a torpedo lying task. In 1940, the flotilla was erroneously attacked by He 111's bomber from her ally. She sank because of this fatal mistake.

Retrieved from "https://warship-girls.fandom.com/wiki/Z1?oldid=16677"
Community content is available under CC-BY-SA unless otherwise noted.