Zuikaku was the second ship of Shokaku Class. Commissioned in September 1914, she was assigned to the 5th Carrier Division and took part in the Attack on Pearl Harbour. In the Battle of Coral Sea, she escaped from the air raid with the help of the rain clouds, while her sister Shokaku was hit which made the sisters miss the Battle of Midway. After that, the sisters were assigned to first Carrier Division and participated in the Battle of the Santa Cruz Islands. It was the last tactical victory of J-Nation’s carrier-strategy. In the Operation A-go, June 1944, Taiho was sunk and she was replaced by Zuikaku to act as the flagship. In October, Battles of Engano, she was sunk by U-country’s airplanes as baits. 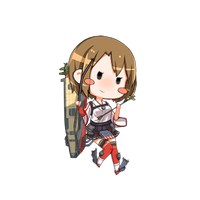 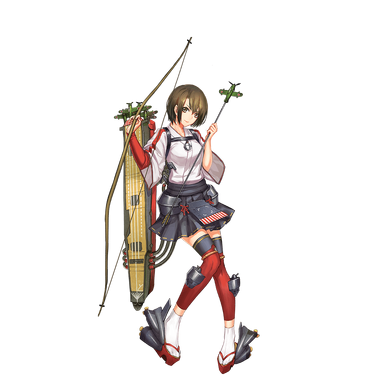 Retrieved from "https://warship-girls.fandom.com/wiki/Zuikaku?oldid=23438"
Community content is available under CC-BY-SA unless otherwise noted.